Greetings from The Management.

As we indicated in the recent post announcing that we were stepping in to rejuvenate Mr Deadhead’s blog, our aim is to keep our readers much more informed about local news – even if we have to make it up ourselves – as it concerns the local expat community.

January The beginning of last year marked the first anniversary of Faire-Le-Dodo (87)’s merger with the neighbouring Baisetout to form the new ‘super commune’ of Cauchemar-sur-Orme. You can be forgiven for not noticing, since the only visible changes are the new road signs. Nobody really knows why this happened: something about getting bigger handouts from the government. It’s not like anyone from Faire-Le-Dodo (87) ever goes to Baisetout; frankly, why would you?

February In another blow to the village’s once-vibrant commercial heart (Place de la Républque or, as it’s more commonly known, the car park by the toilets) the Deux Cuillères Grasses snack bar closed its doors for the final time. This is believed to be due to the fact that very few people ever opened them to go in…..No, neither did we.

March The ugly stained concrete block opposite the Surrender Monkey Bar & Bistro – Faire-Le-Dodo (87)’s premier nite-spot – has long been revered by English expats, as they fondly imagined that it was an art installation placed there by the mairie to make them feel at home by reminding them of the brutalist architecture in which many of them grew up.

The truth is that this edifice never was an entry for the Turner Prize, but it did use to be the local Gendarmerie and the reason it’s being spruced up is to act as an overspill for the Maison Ahuri Retirement Home For The Terminally Bewildered which, given the average age of the commune’s population, is unsurprisingly unable to meet the growing demand for a place like-minded people can sit and complain about the youth of today (or, indeed, anything that’s ever changed since 1962).

April All those posters of old men in suits smirking underneath incomprehensible slogans that suddenly appeared on every available lamp post and stretch of fencing? That was the presidential election – which you couldn’t vote in. Anyway, Macron won and, more importantly, Le Pen didn’t. Just be grateful for small mercies.

May The annual fête des fleurs was held, as always, in the field behind the village hall. On the off-chance that you did go, it really was a flower show, although you may well have thought you’d stumbled into a re-enactment of the Battle of Passchendaele since it had been raining solidly for a week beforehand. And, of course, it pissed down all that day too.

June The Boulangerie Hargneaux closed down. You probably didn’t notice that either, since the shop was hardly ever open anyway and, if you did venture inside, Mme Hargneux would give you a blank stare and insist that the shelves full of baguettes behind the counter were toutes reservées.

July You’re in France in the summer. Of course nothing happened. Haven’t you learnt anything? 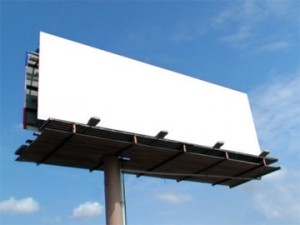 August July, with knobs on.

September If you saw the strange lights moving around in the fields at all hours of the night, rest assured that it wasn’t an alien invasion. You have to bear in mind that most farmers – and amateur gardeners – still work on the basis of the lunar cycle, and if the harvesting has to be done before the moon goes waxing gibbous then it will be, whatever it takes.

October  You may have been a bit concerned when you saw that the main road through the village was blocked by a tractor. Fear not; it wasn’t stopping people from Baisetout trying to get in (they know better), nor was it the Chasse sealing the place off after deciding to conduct a house-to-house search for a stray sanglier. Instead, the Mairie decided to hold the annual vide-grenier ‘en bourg‘, i.e. in the street, rather than on the usual mud-patch behind the village hall. Still pissed down all day, though.

November A shout-out here to Deaders and the lovely Mrs Deadhead for maintaining the honour of the expat community by coming last – again – in the Concours de Belote, thereby winning (if that’s the word) the traditional booby prize of the pig’s head, which they cheerfully (and with no small hint of desperation) donated to a local lady, who bore it off triumphantly, muttering something about rillettes. 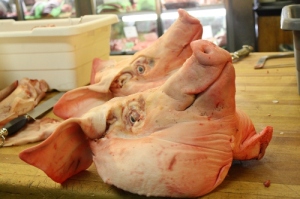 December One of the most obvious ways to remind yourself that they do things differently here is to observe the different approaches to Christmas. The run-up is pretty similar, although here the supermarkets are mainly given over to foie grâs rather than mince pies, but it all stops on Christmas Eve, when the French have a big blowout dinner, called the Reveillon, kicking off around midnight. That’s pretty much it. Not even Boxing Day is a holiday. Nothing like the week of stuffing yourself stupid and drinking yourself insensible that is the proper, Anglo-Saxon way to do it.

At least the shop is open.