Here is an important announcement.

Over the past year or so, it has become increasingly clear that our good friend Mr Deadhead – Deaders as he is known to some – has been rather  losing his grip on this whole blogging thing. Posts have become sporadic at best, various initiatives have been begun but not completed, promising themes have been sorely neglected. The whole enterprise has shrunk to little more than the occasional ‘One-Liner Wednesday’ and the – admittedly reliable – “Song Lyric Sunday’.

As long-time friends of Mr Deadhead, we could not allow this sad decline to go on any longer. It was time to stage an intervention. We therefore recently had a friendly, if forthright, chat with old Deaders to express our concerns. To his credit, he also subsequently had a few sharp words with himself and fully recognised the need for changes to be made.

Consequently, while Deaders intends to carry on with the couple of regular threads referred to above, in future he is going to spend more time over at his photography blog which, as he freely admits, is where his main interest lies.

It would be a shame, though, to let this blog wither away – especially as (a) he’s just forked out $26 to renew the domain name and (b), he’s apparently (and unaccountably) got almost 300 followers, several of whom may not only be real people but also still alive.

This is why we (you can call us the management): 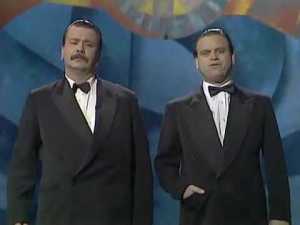 – are today announcing a major new initiative which will see us providing additional content for this blog, focusing on local news.

Some readers may recall that, a few years ago , Deaders started a short-lived joint venture with the local newspaper, Le Quotidien de Faire-le-Dodo (87). Sadly – and through no fault of his own – this hit difficulties almost immediately, when the newspaper closed down in circumstances that remain subject to investigation by the local gendarmerie. At that time, Deaders made an undertaking to keep his readership informed of significant developments in the commune.

In part, this reflects the paucity of things actually happening here in Faire-Le-Dodo (87) but sadly Deaders’ investigative zeal (never the strongest, let’s be honest) was completely overcome when he discovered a large cache of Pink Floyd concerts from the 60s and 70s on Youtube. And now this distraction has been compounded by his latest habit of schlepping around the house with his Bluetooth earphones in, listening to old records (he still calls them ‘records’, bless him) on Spotify.

After conducting extensive market research, we believe that there is considerable unsatisfied demand for an expat slant on local news. Crucially, we also believe that we have found a way of overcoming the inherent difficulty of not very much going on.

Since a large part of our target market reads the Daily Express and the Daily Mail, they’ll be quite used to that. And after all, is this not the era of ‘fake news’?

4 thoughts on “Under New Management”