It’s one of those days today – a glorious morn when the designated theme from ‘365 Days of Writing Prompts’ actually throws up something that stirs a response.

“The Stat Connection. Go to your Stats page and check your top 3-5 posts. Why do you think they’ve been successful? Find the connection between them and write about it.”

So that’s exactly what I did; and what a chastening experience it proved to be – even for one such as me with realistically low expectations of what I might find there.

Chastening, but not really surprising. Leaving aside the visits (no doubt fleeting) to my home page, my most ‘popular’ – and I use the word loosely – post has been ‘Your Prompt Response Is Much Appreciated’.

Somewhat ironically, this is essentially a rant about the patchy quality of WordPress’ Daily Prompts. The reason it wasn’t particularly surprising that it was the most viewed is because I have quite often seen the phrase popping up on my Dashboard’s Home page under ‘Top Searches’.

I feel the pain of those poor people who have typed that phrase into their search engine of choice and found themselves faced with the rant of a grumpy old man. The extent of their appreciation may be discerned by the fact that 106 views (yes, that is my top post. What are you going to do about it?) have garnered a mere eight ‘Likes’. 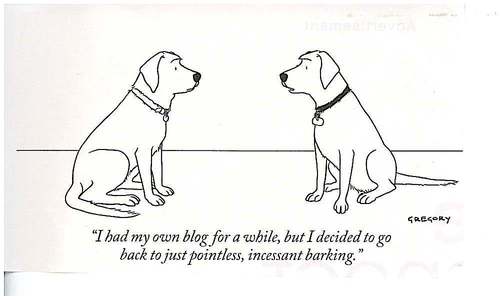 However, a conversion ratio of almost eight per cent is positively stellar when compared to the almost complete indifference with which my other most-viewed offerings have been received. I can’t blame those visitors for their apparent heartlessness because I reckon they never meant to be there in the first place.

Take the third on my all-time list, for example, which mysteriously shows up as ‘Unknown or Deleted’. Again, based on my experience of Top Searches, I believe that this refers to an image I used to illustrate a post I wrote about my first faltering efforts to stack logs. I illustrated it with a still from the film Crocodile Dundee and I assume that’s why I sometimes see the search term ‘Crocodile Dundee knife’. 92 views and, with admirable consistency, zero likes – so everybody leaves disappointed.

Here it is again, in a cunning plan to get a few more thororughly undeserved views of this post:

Sitting at numbers four and five on my all-time hit parade are two posts I wrote as pastiches in the style of professional Trotskyite Dave Spart, an occasional columnist in the British satirical magazine ‘Private Eye’.. 53 and 51 views and two and one ‘Likes’ respectively. Wow.

Well, I thought they were quite funny….

Now then, per today’s prompt, what do these four posts have in common that accounts for their relative popularity? I think it’s pretty obvious: they only got any attention because people were looking for something else. I seem to be running a one-man Stumble Upon.

And the moral of this story? I think that’s pretty obvious too. If you want to boost traffic to your blog, avoid originality at all costs and pretend to be offering something you’re not. They might not like it, but at least they’ll have a quick look.