There’s a bit of a thread going on over at Mollytopia, based on (up to) 100 questions you’ve never been asked. On the principle of never looking a gift horse in the mouth in the constant struggle to come up with something to say on this blog, here are a few (37 to be exact) of my own responses:

Do you sleep with your closet doors open or closed?
Closed from choice, assuming I remember to shut the door properly. Which I don’t always. Which never goes down well.

Do you take the shampoos and conditioner bottles from hotel?
Yes, if they’re of decent quality and not chained to the wall. Come to think of it, have you noticed that it’s only the crap toiletries – the ones you wouldn’t want anyway – that are chained to the wall?

Do you sleep with your sheets tucked in or out?
Can a sheet actually be tucked out? Shouldn’t that be untucked? Irrelevant anyway: duvet.

Have you ever stolen a street sign before?
Before what exactly? No.

Would you rather be attacked by a big bear or a swarm of bees?
No thank you.

Do you always smile for pictures?
May I refer you to my most recent post?

What is your biggest pet peeve?
Silly questions. And overused exclamation marks. Oh yes, and the way the bloody line spacing on this WordPress editor seems to have a mind of its own (see below: ‘Can you change the oil on a car?’)

Have you ever peed in the woods?
Many times. Many, many times.

Do you ever dance even if there’s no music playing?
I don’t even dance if there is music playing. Consider it a public service. Same with singing. You’re welcome.

Do you chew your pens and pencils?
Certainly not.

What is your song of the week?
Well, my current earworm is this:

What movies could you watch over and over and still love?
Any of the Grateful Dead concert ones. And ‘Tropic Thunder’.

Were you ever a boy scout?
Yes, until I could suspend disbelief no longer (about 13).

Where would you bury hidden treasure if you had some?
Like I’m going to fall for that old trick.

Can you change the oil on a car?

If it was on the car I’d get a cloth and wipe it off. I can use a dipstick and top up the oil if necessary, but I wouldn’t have the first idea of how to change it.

Ever got a speeding ticket?
No, because I can’t drive. Which you should also consider as a public service.

Are you lazy?
Thoroughly. When I can get away with it.

What is your Chinese astrological sign?
I was born in the Year of the Dragon, if that’s what you mean.

How many languages can you speak?
Two if you’re feeling generous about my pidgin French.

Do you have any magazine subscriptions?
The Times Literary Supplement. It helps to boost the illusion of erudition that I’m keen to promote.

Are you stubborn?
No, you’re stubborn, I’m steadfast.

Ever watch soap operas?
No, no a thousand times no.

Are you afraid of heights?
Unfortunately yes.

Ever used a gun?
Yes. I was in the army cadets at school. And not a bad shot, if I say so myself.

Do you think musicals are cheesy?
I wouldn’t put it as politely as that.

Is Christmas stressful?
Not if you drink enough. 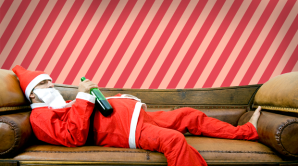 Favorite type of fruit pie?
Blackcurrant, every time. And there’s a ‘u’ in favourite.

Occupations you wanted to be when you were a kid?
My entire working life was based on the principle of ‘make it up as you go along’.

Do you believe in ghosts?
No.

First concert?
Can’t remember exactly; I used to go over to a concert in Liverpool pretty much every Saturday night from the age of sixteen. Quite possibly it was Pink Floyd in 1968. Or it could have been Tyrannosaurus Rex before they dropped the ‘yrannosaurus’.

Regularly burn incense?
No, though I’ve got nothing against it.

Who would you like to see in concert?
The Grateful Dead again. But not any of the post-Jerry versions, so that’s not going to happen.

What was the last concert you saw?
Eric Clapton in Abu Dhabi. Fantastic.

Are you patient?
Yes, but not necessarily from choice.

Can you knit or crochet?
Don’t be silly. Requires hand-eye co-ordination.

Best room for a fireplace?
A cold one.

Do you cry and throw a fit until you get your own way?
No. Doesn’t work.

One thought on “Since you ask…”