Why am I even talking about this? Because WordPress ‘365 Days of Writing Prompts wants to know, that’s why:

“The social network. Do you feel like you ‘get’ social media, or do you just use it because that’s where all your friends and family are?”

Should you happen to be a WordPress blogger – well, you’re on social media for a start, whether you realise it or not. But there is so much more.

Dig around in the dashboard area of the editor (under “Appearance’) and you’ll find an option to add a social media widget to your sidebar (I’m lost already, but we must carry on…). This lists no fewer than ten social media sites to which you could, if so inclined, direct your readers, largely, or so it would appear, in the interests of publicity.

Allow me to share my thoughts on these various items:

Facebook: I do not have a Facebook account. If I did then, according to the eponymous company’s own blurb, I could: ‘Connect with friends, family and other people you know. Share photos and videos, send messages and get updates’. Well, that sounds perfectly splendid, although it conveniently overlooks the fact that if you do sign up for Facebook you must agree not only to provide your real name but also acquiesce to them nosing into everything on your computer or other connected device.

Don’t get me wrong: Madame uses Facebook extensively to stay in touch with far-flung family and friends, and that’s a good thing. Being considerably less gregarious and vastly more misanthropic than my infinitely better half, however, I’m perfectly content to stay in touch vicariously through her Facebook account and also through WhatsApp, which is restricted – in our case – to immediate family. Our kids set us up on it: I wouldn’t have known where to start and I still can’t work out how to arttach a photo.

Twitter: ah, you’ve got me there. I do have a Twitter account. I have never concealed the fact. Whenever I publish a post – either here or, much more frequently, on my photography blog – a Tweet goes out to announce the fact to the world. Or, more accurately, my 21 hopefully enraptured followers. Sometimes people are kind enough to on-tweet – is that (a) even a word or (b) the same thing as retweet or subtweet? I have no idea – this information. I’m very grateful to them as it  means that potentially many more people are given the opportunity to actively ignore me.

You might call that the ‘active’ side of my Twitter existence. Passively, I do follow rather more (85, I was surprised to discover, when I found out where to look for this information): typically people who have something amusing to say, or a good meme to nick.

Apart from that – well… 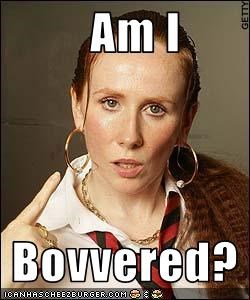 Instagram: now, my perception is that Instagram first shot to fame as a way of showing the whole world what your dinner looked like (before you ate it, I hasten to add). Although I now bow to the superior knowledge of a number of ‘proper’ photographers who swear by it as a way of…let’s just call it ‘reaching a wider audience’. I went so far as to download the Instagram app, but I don’t understand how to use it. And I’m not a ‘proper’ photographer.

Pinterest: I downloaded this app too. Apparently you can share interests with other members and upload photos and so on. To which my only comment would be that if your internet connection speed was as fast as ours out here in the countryside, you wouldn’t be arsed either. Carrier pigeon would be quicker half of the time. The same rationale applies to another of the WordPress 10, Flickr. At my typical upload speed, the earth would have been swallowed by the sun before I’d got my 10,000+ photos up there.

Linkedin: as far as I can make out, the main purpose of this is to try and get a new job by pretending to have lots of useful connections. I have never knowingly had anything to do with it, although for a few years when I was working in Abu Dhabi there was a yacht broker from Dubai who was very keen to add me to his list of contacts. I can only assume that he was sorely misinformed about the size of my annual bonuses.

Or was looking to recruit a cabin boy.

GitHub: Not a clue.

Youtube: I am a very big fan of Youtube, but only as a passive user, mainly in search of obscure (and not so obscure, to be fair) music from the sixties and seventies. Not having a pet cat, I have no home videos of any possible interest to anyone else. For much the same reason, I don’t ‘belong’ (is that the right word?) to Vimeo either.

Google+: From what I can gather, I do have a Google+ account because I have a Gmail e-mail address. Absolutely no clue what I can, or am supposed to, do with it though.

As anyoine remotely media-savvy will know, this WordPress list of social media sites is by no means exhaustive. There are just too many to keep up with. If you’re as baffled as I am, this graphic may be helpful: 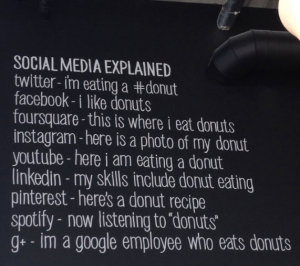 Now if you’ll excuse me, I need to go and sharpen my quill.