You may not even have noticed – and I wouldn’t pretend or presume that, in the great scheme of things, it makes any difference whether you have or not – but of late there’s not been too much in the way of output on this plucky little blog.

Quite literally, you haven’t missed much.

I would not insult your obviously discerning intelligence, dear reader, by making excuses. However, I can offer reasons – hopefully in that wry, understatedly humorous way that you have come to know and love. If not exactly pine for.

Know first of all that, throughout almost all of July and August, this earthly Eden that we like to call Tranquility Base was operating in contravention of the Trade Descriptions Act, thanks to the summer holiday presence of our twin eight-year old grandsons. Inevitably, the associated duties – notably the frequent but ad hoc admonitions to ‘Leave it alone’, ‘Stop that now’ and ‘Why would you do that?’, but also including custodianship of the almond Magnums – took precedence over such shameful indulgences as cussing, taking a siesta or staring at a blank screen.

Then, immediately after we had delivered the little darlings back to the UK and their parents – no need for a receipt – we went straight off up to Scotland to prepare for by far the most important event of the year, our son’s wedding. That was all great, nay joyous, but there wasn’t very much time for the quiet contemplation that is the essential prelude to the literary process, at least as far as I’m concerned.

Furthermore – and, again, this is not offered as any kind of excuse – I found myself severely traumatised during this period.

At this point I must explain that it is normal practice in this household for Madame to attend to my tonsorial requirements, which she does with great skill, no little patience and a set of clippers. However, for such an auspicious matrimonial occasion it was deemed appropriate by the aforementioned higher authority that a visit to a ‘proper’ hairdresser – the first time since 2002, on my calculations – was ‘in order’ (i.e. compulsory).

Bad enough that there seemed to be an expectation that I indulge in small talk with the hairdresser. Even worse that the soundtrack to this was a cacaphonous mixture of noisy hairdriers and even noisier ‘musical’ pap. Worst of all, though, just as the ordeal appeared finally to be over, was the completely unprovoked and most definitely unauthorised application to my head of what I believe is called ‘product’, more specifically ‘fudge’. Apparently the look I exchanged in the mirror with Madame as this went on is already the stuff of legend.

We finally got back home after an absence of about two and a half weeks. It seemed a lot longer, even if, on a geological timescale, of course, that’s less than the blink of an eye.

Try telling that to the bloody weeds.

While we were away the drought well and truly broke, but it remained very warm, with plenty of sun as well as rain. So, whereas before it was only the weeds that kept on growing, in this brief period just about everything else has been making up for lost time. I was mentally prepared for some essential tidying up on our return, but I wasn’t prepared for the sight that greeted me. 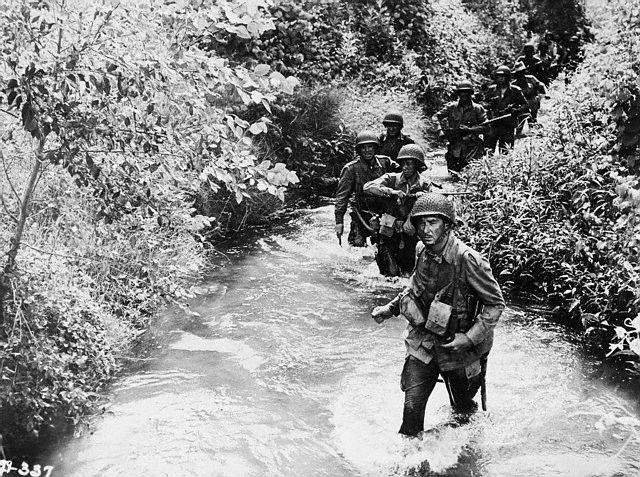 It’s a sodding jungle out there.