There are probably lots of things you’ve never done. Some of these you will never do: hopefully these will include the classic duo of incest and Morris dancing. Other, less reprehensible, things you may do and be glad of the fact.

But there are others that you will do at some point and rather wish you hadn’t.

Dear reader, I’m here to help, so listen to the voice of experience. Here are a few things that I happen to know have been done – just exactly who did them isn’t important, okay? – but certainly shouldn’t have been, and definitely don’t bear repeating. It can only end, if not in tears then in toe-curling embarrassment and recrimination (some, but not all, of which will be self-inflicted) will stay with you for a lifetime. So that’s alright then. 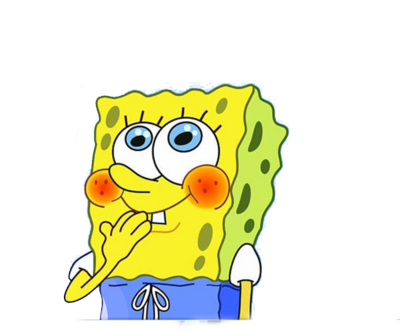 If, for example, you find yourself in a non-speaking role in your primary school Nativity Play – perhaps as a toy soldier, with a rifle on your shoulder – be sure not to let said rifle slip and deliver a ringing blow to the temple of the child next to you (quite possibly the one dressed as Andy Pandy). Because they will cry and point at you and the whole thing will be ruined for everyone and you will develop a pathological fear of appearing in public, thereby nipping in the bud a potentially stellar acting career.

If you’re sixteen and have a ticket to see Pink Floyd at – oh, I don’t know, let’s say the Liverpool Empire, for the sake of argument – don’t sell it to somebody else because you get invited to a party where there might be girls and you think you may actually get to speak to one. (A) because the girls will cluster together on the other side of the room and giggle occasionally, but not even look at you, and (B) because on the following Monday morning all your mates who did go to the show will be absolutely certain to tell you in great detail how utterly awesome it was.

When at University, by all means sample some excesses. However, it is best to avoid drinking so much cheap Algerian wine that you wake up face down on the floor just inside your room and then congratulate yourself for not having drowned in your own vomit. Because you will then haul yourself to your feet wondering where that dreadful smell is coming from, only to discover that you managed to make it as far as the washbasin before you threw up, but that all the crisps and other nibbles that you ‘lined your stomach with’ have also been regurgitated along with the plonk and are preventing the sink from draining, thereby making it necessary to plunge your arm into the by now cold sick to unblock the plughole with your fingers.

Suppose you work in Manchester and have a business meeting in Sheffield. What you should never do is have so much to drink at lunch that you fall asleep in the lavatory on the train on the way back to Manchester and wake up as the train is heading back to Sheffield. Not only will you have some explaining to do when you eventually get home, but you may also find your dinner in the oven. Which at least is better than having it tipped over your head.

When your trousers split irrecoverably while you’re wandering around a famous shopping thoroughfare – it could be Princes Street in Edinburgh, for all we know – during your lunch hour, make sure that the new suit you buy at Marks & Spencer actually fits you. It would be excruciatingly embarrassing to get back to the office and find that your new trousers are two sizes too big and that you don’t have a belt. So that whenever you have to leave your desk that afternoon you need to jam your hands into your pockets to prevent these new pants from sliding down to your ankles. Even worse, don’t realise that because you had to wear the suit you had to take the labels off, so you can’t return it. You will also need to gloss over the fact that you could have tried the suit on before you bought it if you had half a brain.

Never – ever – throw stones at a stray cat. Not even small ones. Not even pebble-sized. Barely bigger than a piece of gravel, really. Especially not when the cat is sitting under your car and you’re a rotten shot. Because, quite apart from the cruelty to animals aspect there’s the moral outrage of people more kindly disposed to all God’s creatures than you are. Plus there’s the paintwork to consider. [NB no felines were hurt in the commitment of this faux pas].

* This post was inspired – if that’s the proper word – by a recent Daily Prompt entitled ‘Well, I Never’, in which we were invited to “Tell us about something you’ve done that you would advise a friend never to do”.