As one possessed of what is disparagingly known as a ‘gill bladder’ – which is to say that my powers of retention are somewhat below average – I have extensive direct experience of public conveniences all over the world, and during my many passing (sic) visits I have encountered some well-known faces.

I mention this only because the latest in the series of ‘365 Days of Writing Prompts’ poses this question:

‘Stranger. Have you ever had a random encounter or fleeting moment with a stranger that stuck with you?’

As it happens, one of my grandfathers worked as a  lavatory attendant – although we preferred to describe him as a Privy Councillor – and when I was a kid during the school holidays I would sometimes go and hang out (definitely not sic) with him while he polished the brass buttons and mopped the marble floors of some of Birkenhead’s premier public conveniences. At least I was never going to get caught short there.

My lack of capacity was bad enough when I was a mere stripling, but the problem became more pressing, shall we say, when I (a) discovered beer and (b) looked old enough to be served it in a pub. 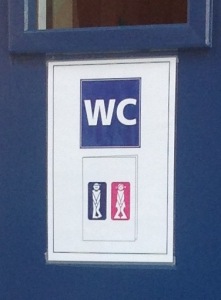 Which is how I had a random encounter with the well known (at the time) poet, Brian Patten. I was on my way to a show at the Philharmonic Hall in Liverpool and, as tradition demanded, paused at the well-known hostelry opposite the venue, the Philharmonic Dining Rooms, to fuel up with a few bottles of Newcastle Brown Ale.

Inevitably, this involved several trips to the Gents, during one of which I found myself adjacent to the said troubadour. Respecting British urinal etiquette, naturally no words passed. But it was always a pleasure relieving oneself at The Phil, whose urinals are among the finest in the country:

In later years I once find myself staring pointedly at the porcelain between the Chancellor of the Exchequer, Denis Healey ,and the General Secretary of NALGO (civil servants’ union), the appropriately named Geoffrey Drain. That was at a Labour Party Conference, where I was deployed cashing delegates’ expenses cheques at the Co-operative  Bank’s mini-bank.

I’ve also seen Princess Di going to the toilet a couple of times.

I bet that got your attention. To clarify, though, I am neither stalker nor pervert. It just happened that on occasions I would be on the last shuttle from Edinburgh to Heathrow on a Sunday night and so would be Di and the young princes (when they were very young). She sometimes took one of them to the loo. I particularly enjoyed those flights because there was no way that a plane carrying members of the royal family was going to get stacked up over Uxbridge for an hour: straight into final approach every time.

However, by far my most memorable fleeting moment with strangers in a public convenience was memorable for all the wrong reasons. This occurred in the centre of Sydney, at this very edifice:

Being caught short on the way back to my hotel, I was relieved (you could say) to spot this underground Gents toilet in Macquarie Square. As with many such installations – I’m something of a connoisseur, don’t forget – it boasted two staircases. I descended one, with keen anticipation of the relief at hand, to be confronted with the sight of about half a dozen young men standing around, all wearing tight white t-shirts and sunglasses.

You know, like that one out of Village People. But without the helmet. Well, I never saw his helmet anyway. 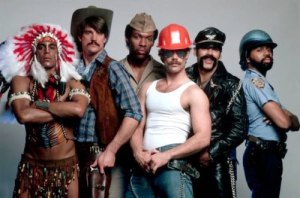 I didn’t even break stride but exited straight up the other staircase: I wasn’t that desperate.

One thought on “An in convenience truth”