And so we finally drag ourselves across the finishing line, with the last of WordPress’ ‘365 Days of Writing Prompts’ – the end of a journey my enthusiasm for which, I have to admit, has fallen off somewhat over the past couple of months, as evidenced by the recent scarcity of related posts.

Which you probably haven’t even noticed.

In my defence, part of this apparent idleness is due to the fact that I’ve posted about other things in the interim. Although I’d also have to say that, just like me, in terms of the daily diet of prompts, WordPress was showing signs of running out of steam as the festive season approached.

Plus I really am idle.

Anyway, they’re my excuses and I’m sticking to them. But it would be wrong to sign off from this year’s ‘challenge’ without responding to the final prompt in the series.

As it’s New Year’s Eve – you probably already knew that, but this blog seeks to entertain, not inform – the valedictory prompt is predictably forward-looking. There again, if you think about it, to be predictably backward-looking is rather oxymoronic. Maybe without the oxy.

Whatever; tomorrow, according to WordPress, I get to become anyone in the world that I wish: and who, they want to know, would that be? However, the crux of the question is this:

“if you decide to stay ‘you’, share your rationale”

This is quite an easy one, as it turns out. Of course I decide to stay who I am. Why wouldn’t I?

And here’s the clincher:

Naturally, all this comes at a price, in the sense that it has to be worked at. In practical terms, though, this means not much more than a bit of agricultural labour as required, keeping the Rayburn well supplied with logs and – most crucially – providing Madame with two cups of tea in bed every morning. It’s not exactly a hardship posting.

Of course, the reality is that nothing and nobody stays the same forever. It might be nice (although I suspect that it would turn out to be quite dull – eventually) to believe that somehow we have become frozen at a perfect moment in time, in some kind of ultimate Utopian Groundhog Day. But without the six o’clock alarm. Or Sonny and Cher.

Equally, though, that isn’t to say we can’t or shouldn’t enjoy it while it lasts. Carpe diem and all that.

As far as the blogging goes – for those among my select band of followers who might give what I believe our American cousins are wont to call “a rat’s ass” – you may look forward in 2015 to more of the same. But at least you now have a nice new header image to look at and – in case you hadn’t noticed – a new gravatar too. 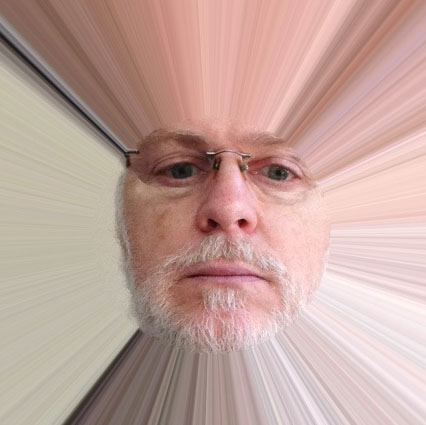 …same as the old boss

You must be beside yourselves.