My light spends most of its time under a firmly nailed-down bushel. This strikes me as perfectly rational: there is little to be gained and much to be lost from wanton self-aggrandisement  – mostly in terms of respect, and particularly self-respect.

But then ‘365 Days of Writing Prompts’ bowls me this googly (or throws me this curve-ball, for my North American reader): “What’s the character trait you admire the most about yourself?”

Tricky. This smacks of having ideas above your station. On the other hand it’s been a week since my last post and there hasn’t been a prompt that’s even remotely appealed in the interim – and not much on the short-term horizon either. And, in blogging as in justice,‘something must be seen to be done’.

Then I thought of a way out of this conundrum: what about mining the characteristics that others feel – or tell me – I have?

Which brings me to astrology, well defined at rationalwiki.org as ‘the mass cultural delusion that the apparent position of the sun and planets relative to arbitrarily defined “star signs” at the time of your birth somehow affects your personality’.

I’m a Taurus, although I haven’t looked at my newspaper horoscope in years. As far as I’m concerned, astrology has no rational foundation and I simply don’t believe in it. 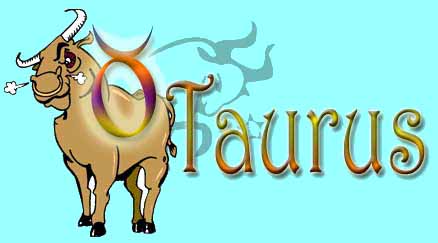 Certain personality traits – allegedly – are typical of those people who, like me – and, presumably, about 8.5% of the entire population of the world – happened to be born between 20th April and 20th May. There are any number of websites that show up on the search engine of your choice when you look for ‘star sign characteristics’. Not surprisingly, they all convey much the same ‘information’ about astrological stereotypes. Which at least goes to prove that even charlatans can get their act together.

As a Taurean, what kind of person am I supposed to be? Well, according to one of those astrological apologists – chosen not entirely at random, because at least it had the good grace to list negatives as well as positives – on the plus side, I am dependable, persistent, loyal, patient and generous.

Who, I wonder, wouldn’t want to own up to any of those, however sheepishly? Although it seems to me that loyalty is just a form of dependability, while  patience is just persistence with a smiley face – and I don’t have much. As for generous, that surely is in the eye of the beholder (or receiver).

You could argue that ‘stubborn’ (guilty) is just a more brutally realistic word for ‘persistent’ and I’ve already owned up on this blog to laziness and self-indulgence. As for materialism, yes I admit that I do like ‘stuff’: so what? I never signed up to asceticism.

The fact that I can identify myself as having some of the traits that are said to be characteristic of Taureans doesn’t prove that astrology has any real foundation, however. Many people – believers and non-believers alike – find that their astrological profile is a fair description. But there’s a perfectly rational explanation for this, as I found out while researching (no, really) this post,

I was interested to discover the existence of something called the ‘Forer effect’, also appropriately known as the ‘Barnum’ effect, after the famous circus impresario. This refers to the natural tendency of people to assign detail and specific meaning to generalized statements or events. Or, in other words, to believe whatever somebody tells them if it sounds okay – or is sufficiently vague and meaningless as to be, in the broadest sense, undeniable.

So, my most admirable character trait? Rationality. And there’s no shame in that.

One thought on “A load of old bull”