Every so often, WordPress comes up with a daily prompt that’s quite irresistible, and a couple of days ago they offered up an absolute beauty.

“Your blog is being turned into an audiobook. If you could choose anyone to narrate your posts, who would it be?”

This fits in neatly with one of their earlier prompts, to which likewise I couldn’t help but respond. That wanted to know who you would like to write your life story. If you’re interested, that post can be found here.

If you’re not, I’m going to tell you anyway: (spoiler alert) my answer was Shakespeare, on the basis that he had already demonstrated an ability to write memorably about a miserable git who usually dresses in black and can’t make up his mind.

As to the equally unlikely event of this blog ever being turned into an audiobook, then in an ideal world my chosen narrator would have to be John Peel. 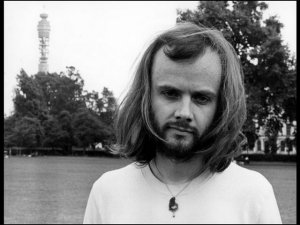 For those who don’t know (including, probably, my plucky North American reader), and to save you the bother of looking on Wikipedia yourself, ‘John Peel was the longest serving of the original BBC Radio 1 DJs, broadcasting regularly from 1967 until his death in 2004. He was known for his eclectic taste in music and his honest and warm broadcasting style.’

John Peel was one of my heroes and there are many reasons why I would want him to be my voiceover.

In fact, when I was a teenager I used to make tape mixes for use at parties (I know, I know), with voice links delivered in the laconic style of the mighty Peel, whose radio programmes by the end of the Sixties were required listening for anyone remotely interested in contemporary music outside the ‘Hit Parade’. Without trying to imitate his voice, I really did sound like a dead ringer for him.

This similarity is not too surprising when you realise that John was born and brought up only a few miles from my own stamping ground, on the Wirral (across the river from Liverpool, for the uninitiated). The accent there is quite distinctive; a sort of Scouse, but with rounded edges. Like here, where Peely cues up his favourite record (and then proceeds to play it twice):

“In case you’re wondering who this funny old bloke is, I’m the one who comes on Radio 1 late at night and plays records made by sulky Belgian art students in basements dying of TB.”

But what makes John Peel the best qualified to narrate my audiobook is the fact that he always championed the most obscure artistes.

Now, I like to think that I’ve turned obscurity into something of an art form, so that’s exactly the kind of help I need.

One thought on ““…and narrated by John Peel””