“If all you got to live for is what you’ve left behind, get yourself a powder charge and seal that silver mine”

It’s pure coincidence that the calendar year is about to turn, just as three months have passed since I retired. Although I am not by nature inclined to attach cosmic significance to what are, in the great scheme of things, all random dates anyway, it seems somehow appropriate at this particular juncture to ask and answer one big question: do I miss working?

For sure, this is partly because retirement hardly came as a shock. Indeed, it was a matter of personal choice. Because I was employed on renewable fixed-period contracts, I knew for a whole year – and to the minute – when the last of these would expire. Given that the plan was always to work for ten years in Abu Dhabi, until I reached the age of 60, it could even be said that the exact date was fixed as long ago as 2002.

These final ten years were the culmination – and by a long way the most enjoyable part – of a working life which started in a Liverpool public library in July 1973 but since 1981 had been spent in what is often loosely described as ‘The City’.

Yes indeed, dear reader, for most of my life I have been a capitalist roader, beginning as one of those who Denis Healey memorably and disparagingly referred to as “young men who write brokers’ circulars”. As time passed, I became an older man who wrote brokers’ circulars and, finally, someone who was supposed to read those circulars (but who quickly came to the conclusion that 99% of them weren’t worth the screen they were displayed on).

For thirty years and more I worked in the same occupation and, within that, even the same comparatively small area of specialisation. As I pointed out on more than one occasion during that time, if I had killed someone I would have been out on parole years ago.

Don’t get me wrong: as a well-paid and intellectually stimulating occupation, my particular niche in ‘The City” was tough to beat. I never had to drag myself out of bed to go to the office and I took a keen professional pride in doing my job to the best of my ability. Above all, I was never bored and I have absolutely no regrets.

But I confess that I have been pleasantly surprised at how easy it was to make a clean break and how little I have missed it. Pretty much my first action after I walked out of that office tower for the last time was to delete all the work-related Apps on my iPad: no more FT, no more Bloomberg – and definitely no more sell-side research. As of now, I wouldn’t have a clue as to the Barclays share price or the Credit Suisse Core Tier I ratio and I care even less. That silver mine is well and truly sealed.

So, apart from having been so well-flagged, why has this transition proved so smooth?

It certainly helps that I am constitutionally almost incapable of suspending disbelief. This is not an unequivocal blessing, but in its favour it does give a sense of perspective. I could never have been accused of being a workaholic (cue hollow laughter from many former colleagues, should they ever read this) and always took the view that I worked to live rather than vice versa.

Most importantly, though, is to be aware that just because you stop doing something it doesn’t mean you stop doing anything. “Pursuing other interests” may be a common euphemism for being fired (similarly, “exploring other career opportunities”), but it can actually also be true, as it is, happily, in this case.

New challenges await: will I ever listen to all the Dead shows I have downloaded, or get to grips properly with Photoshop? Meanwhile, Sugar Mags would also like to know when I propose to acquire a working knowledge of the principles of crop rotation and the pros and cons of polytunnels.

All in all, I have far too much to do to be thinking about work any more. 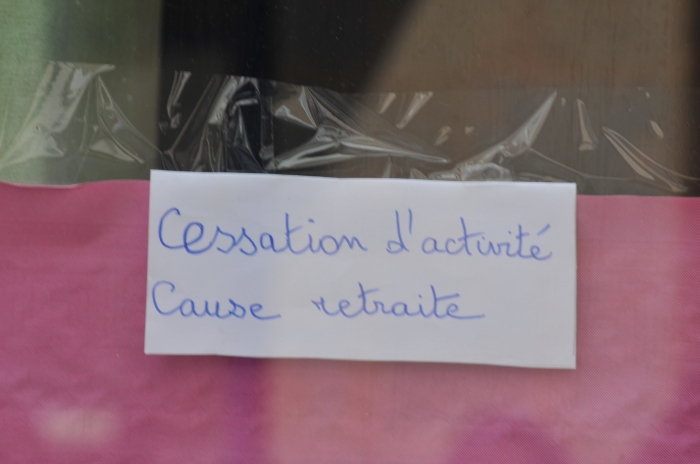